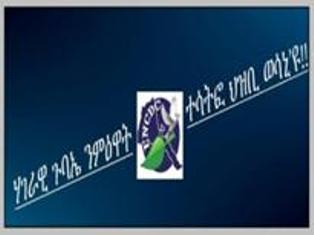 Almost one year on and it would be proper to remember the national conference (Wa’ela) which opened a big chapter into the democratic struggle of the Eritrean people and which is none else but the wide and successful Conference of Eritreans held in Addis Abeba from July 31 to August 09, 2010. The Conference was unique in that it reflected the various nationalities of our country with the participation of diverse political organizations, civic societies, interested groups and individuals. It should also be remembered that the Conference was a forum which enabled the creation of the spirit of trust and oneness, including the zeal of joint struggle not to mention the formation of the Eritrean National Commission for Democratic Change (ENCDC) with its 53 members. Furthermore, it has enabled us to move to the next stage where we expect to see the participation of all Eritrean forces for democratic change.

Eritrean National Commission has, through its members and its official website; distributed four draft documents approved during the National Conference, namely, Road Map, Political Charter,  Eritrean National Assembly Bylaws & Transitional Constitution.  It is to be noted that a summary of each document has been distributed for a better understanding of the spirit and content of the text and as a help for eventual discussions. The main reason for the distribution of the documents for discussion is to enable the people to have the chance to come up with alternative ideas and suggestions. The next stage will be to elect representatives for the National Congress based on instructions or procedures outlined by the People’s Organizing Committee of ENCDC, and in a manner that is free, transparent and democratic.

It is to be noted at this juncture that the election of National Congress representatives should not only be democratic and fair in its process, but it should also be done with the conviction that it is a forum that brings us into a new chapter in our political struggle. In line with this, the representatives for the Congress should be capable to measure up with the demands of the Congress and competent enough to play responsible roles in it, and therefore the people are asked to choose their delegates with responsibility and seriousness.

Success to the Process for Democratic Change!

Success to the National Congress!

Glory to our Valiant Martyrs!